One of the newest features of the binary options market allows for the ability to close trades before their expiration times. But recent trends have shown that brokers are becoming increasingly open to this feature and the increased account signups that have been seen indicate that traders are equally interested in the increased flexibility that is made available through these features.

But when exactly is the right time to close a trade prior to its contract expiry time? And what are the advantages of ending your trade early? Here, we will look at some of the ways that you can benefit from “early closures” in binary options.

Uses of the Option Buyback Function

The function to end an options trade early is referred to as the “option buyback” or the “early closure” feature. Generally, this action is taken in order to capture profits on an “in the money trade” before markets are able to reverse (and erase those profits), or to cut losses in a trade that is not expected to work out favorably before the contract expires.

In recent years, we have seen events (such as the Credit Crisis) which led to extreme volatility in the financial markets. These rapid changes in price can make the outcomes for trades less predictable and this can lead to trades that are profitable one day and unprofitable the next. There are many reasons why situations like this might occur. Some of the most drastic events could come with events like a natural disaster, a surprise central bank decision to change interest rates, a disappointing corporate earnings report or an unexpectedly strong macroeconomic data release can all lead to unpredictable changes in asset prices.

To be sure, this can be a positive (when the change falls in line with your trading direction). But it is nearly impossible to know when this favorable outcome will occur and when the news comes out on the opposing side, losses can be seen. This can be a highly frustrating (and costly) experience, as gains that were seen previously are suddenly wiped away.

In years past, there was nothing binary options traders could do but wait for their trades to expire – we were essentially at the mercy of the market’s moves. Unlike spot markets (like Forex) there were no defensive moves that binary options traders could take to preserve their gains. Now, however, traders are able to close a profitable position (using the early closure function) whenever one of these unexpected events occurs. 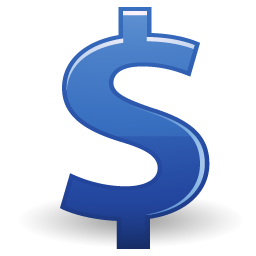 In other cases, trades will move in the wrong direction and create losses to a trading account. Here, the early closure function is also useful. When it becomes clear that a trade is unlikely to turn positive before expiry, traders can close a trade early and reduce the amount of losses that would be seen later. For example, if an “out of the money” trade would result in a loss of 85%, closing the option early might result a more favorable outcome – such as a loss of 30% or 50%. These percentages will vary depending on which broker you use,and the market conditions seen when the option is bought back.

Rules to Remember When then Using Early Closure

It should be remembered that the early closure function is not something that should be used to arbitrarily close trades. When trading using market makers, the broker is on the other side of your position. If every trader used this function, losses would occur much less often and the market maker would eventually go out of business (because of all the losses they would absorb). Because of this, there are some rules in place when using this feature:

The relatively new early closure feature at 24options allows trader to protect their profits and prevent against potential losses when unforeseen events shift the market. While there are some trading restrictions for this tool, the added level of trade structuring should be utilized in cases where a trade is unlikely to increase in profitability before the contract expires.