Many who trade binary options have no idea of the extent to which emotions control investment decisions. Far too often, emotions cause poor decisions which can lead to losses. They can also lead to limitations in overall profitability. By learning which emotions are most problematic and how to recognize their influence in advance, traders can avoid many of the common problems that are caused by them.

The two most detrimental types of emotions for traders are feelings of extreme confidence and extreme negativity. Too much confidence can cause traders to take on higher levels of risk than they normally would. Negativity has the opposite effect, keeping trades from being executed out of fear. A streak of wins or losses can quickly lead a trader to experience these strong emotions, causing problems that can be quite costly at times. 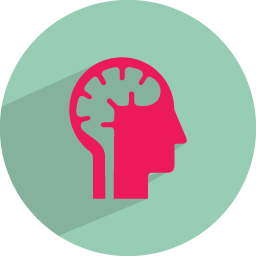 It is important for all traders to realize that losses will occur. Even the most highly skilled traders cannot always come out on top. There is no need to panic when a few losses occur. With that being said, if too many losses are taking place, it is important to recognize the need for adjustments. It is very important to remain flexible, especially during the initial stages of trading so as to avoid falling into bad habits.

One way to control detrimental emotions is to use binary options trading methods. These typically provide some very specific steps, with certain conditions needing to be met prior to trading. When these are met, enter into a position accordingly. When they are not, move on to the next prospective setup. This simple plan will push emotions to the side, allowing for solid investment decisions the vast majority of the time.

In addition to trade-specific methods, a money management plan can help. Such a plan would include limitations on investment amounts, with the same (or similar) amounts being committed to each trade. Many brokers now have very small minimum per-trade investment requirements in place and traders should not be afraid to invest only these amounts. The appeal of massive, quick profits is undeniable, but it is also unattainable the vast majority of the time. There is nothing wrong with slow and steady gains.

Asset prices are heavily influenced by investor sentiment, but this is something that traders should only take note of and not emulate. Whenever a strong price trend is noted, it can be assumed that some type of market report has caused a large number of investors to start either buying or selling. This is the best possible time to be trading, especially for those who have experienced problems with emotion-based trade selection in the past.

Psychology plays a role in all forms of trading, causing a consistent need to keep emotions in check. This can be a tough task when money is involved, but it can be accomplished by establishing and sticking to set plans of action. Those who plan out trades in advance tend to earn more than those who do not. Although there will be times in which fast action is required, more often than not there will be time to carefully consider which investments are most likely to yield profits.